Manchester City gave a boost to their Premier League title race against Liverpool as Phil Foden’s late winner rescued a 1-0 victory against Everton to go six points clear at the top.

Pep Guardiola’s side were seemingly struggling to bounce back from their 3-2 home defeat by Tottenham last weekend, but Foden struck eight minutes from time to time to ensure the champions went six points clear again. 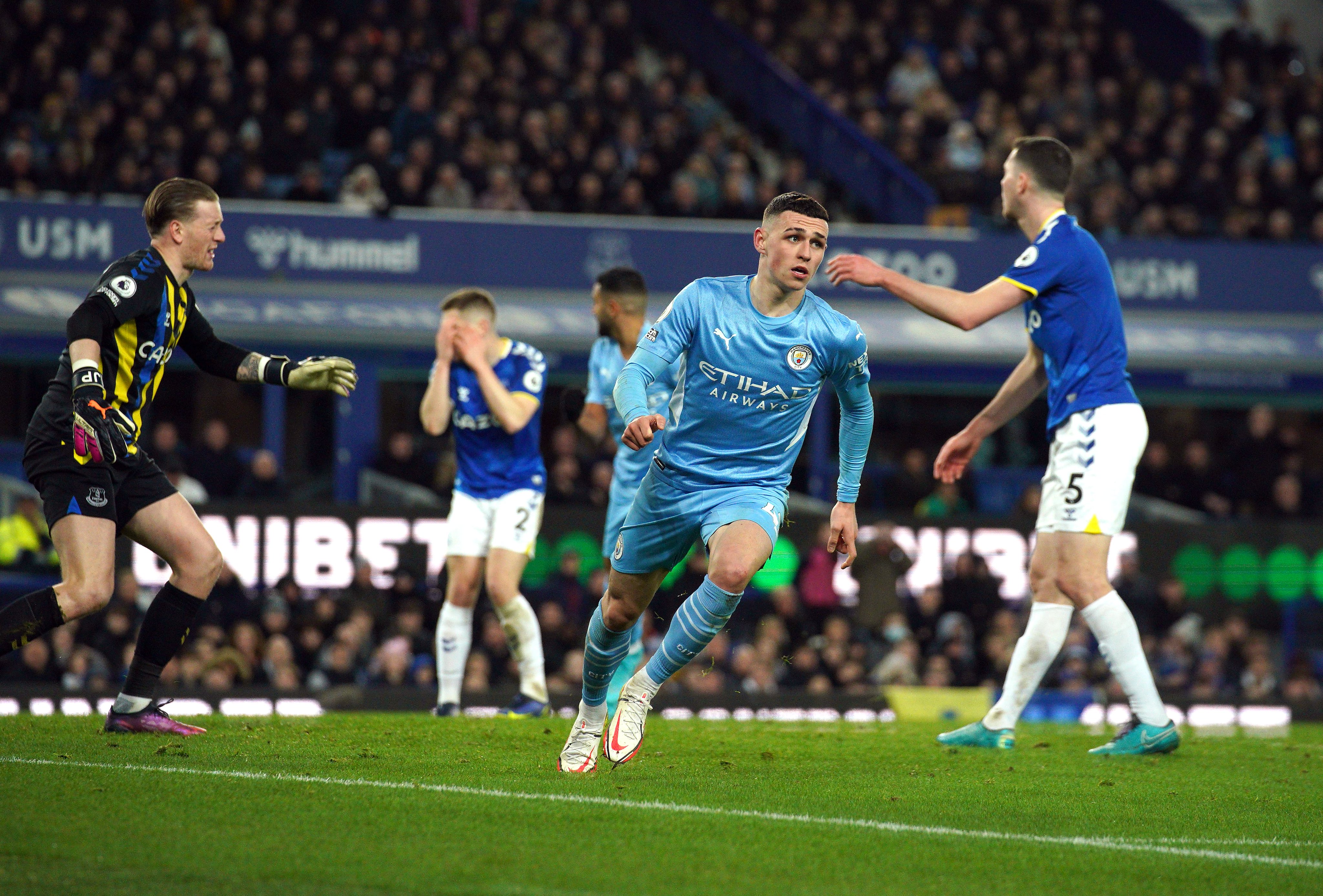 Phil Foden netted the winning goal for Manchester City, late into the second half against Everton in the Premier League. | PHOTO: Getty Images |

Everton’s Frank Lampard side were more dangerous in the first half but could not make the most of their opportunities.

City were initially having similar struggles until Foden pounced on Michael Keane’s defensive error, and the visitors somehow escaped a late penalty concession when Rodri was not penalised for a handball in the area.

The pre-match focus at Goodison Park centred on tributes to Ukraine amid Russia’s ongoing invasion, with the public’s reaction all the more poignant in the presence of Ukraine internationals Oleksandr Zinchenko and Vitaliy Mykolenko.

The contest itself took a little while to capture the imagination, but it was Everton who first went close, with Jonjoe Kenny slamming into the side-netting.

Richarlison should have done better with a close-range snapshot shortly after, hammering it straight at Ederson, who then watched Anthony Gordon’s 25-yard free-kick fly agonisingly over on the stroke of half-time.

City livened up at the other end in the second half as Foden, Joao Cancelo, Kevin De Bruyne and Bernardo Silva all tested Jordan Pickford in a short period.

But he was helpless as Foden capitalised on Keane’s inability to cut out a deflected pass to break the deadlock. 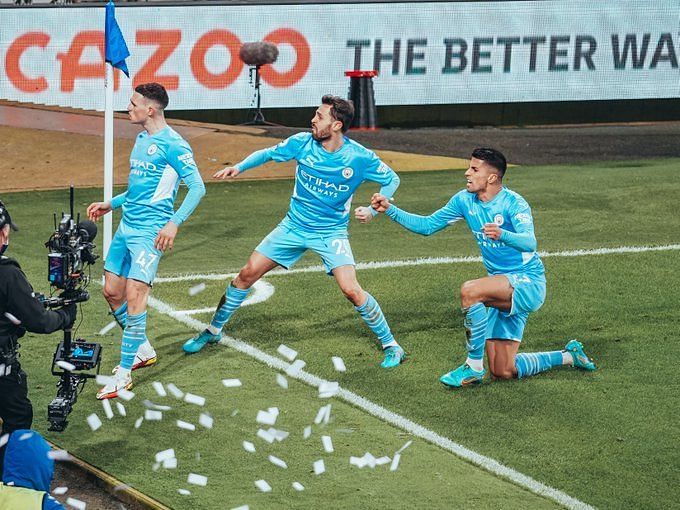 Everton might have been given the chance to level from the spot, but neither referee Paul Tierney nor the VAR felt the need to punish Rodri for handling in City’s box.

City’s defeat to Spurs and then Liverpool’s win over Leeds United in midweek saw the gap at the top reduced to three points – when proceedings here looked to be heading for a stalemate, the Reds would have moved to within one point with a win in their game in hand. But City got the job done, with Everton’s one minor error at the back duly punished in ruthless fashion.

Until then, a draw would not have hugely flattered Everton, who were hard on the end of an onslaught, but City’s quality ultimately told as the Toffees were left with their lowest points tally (22) after 24 games since 1929-30.

While it took City a while to break Everton down, they may well have broken through earlier were it not for Pickford, who made seven saves in this match. He did his bit, unfortunately, his hard work was for nothing after Keane’s error.

Raheem Sterling was very quiet during his 77 minutes on the pitch. While he did manage to record one key pass, he did not attempt a single shot and had the fewest touches (29) of City’s outfield starters.