Indian Prime Minister Narendra Modi has characterised his February 13th meeting with Azimio Movement leader Raila Odinga as touching and fascinating. The two leaders spoke, among other things, the former prime minister’s daughter’s health after losing her sight in 2017.

In an interview broadcast on his official Twitter profile, the Indian Prime Minister explained his chat with Mr Odinga, who was in the nation for roughly ten days from February 13th.

“Few days back, I met my friend and former prime minister of Kenya Raila Odinga. The meeting was interesting and emotional as well. We are good friends, and we speak frankly on many issues. When we were talking, Mr Odinga told me about his daughter,” the minister said.

“Now you can imagine what would have been of her and her father’s situation. He tried in hospitals across the world, and there was no country left where he had not tried the treatment of his daughter.

He looked for options in several countries but did not succeed and, in a way, gave up all hope. And there was gloom in the family. Meanwhile, someone suggested to him to come to India for the Ayurveda treatment. He had tried everything and got tired. Still, he thought, let’s try once more,” he continued.

“He came to India, started treatment of his daughter in Ayurvedic hospital in Kerala. The daughter stayed here for long. Due to ayurvedic treatment, Rosemary’s vision recovered to a great extent. You can imagine not only Rosemary got a new life with return of her vision, but the entire family got a new ray of hope,” the minister stated.

“A new life. Odinga emotionally told me the science of Ayurveda should be brought to Kenya. The kinds of plants used in Ayurveda would be grown in Kenya, and he would try that its benefits reach to a maximum number of people,” PM Modi remarked.

On February 13th, while on his tour, Raila visited the Indian leader, where the two discussed subjects of common interest between Kenya and India. His daughter, Rosemary Odingalost, her eyesight in 2017 and has been seeking therapy at Sreedhareeyam Ayurvedic Eyecare Hospital in Kerala, India. She has entirely recovered sight. 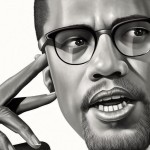 Driver Who Drove Uhuru And Siblings to School Wants Land, Car as Reward

Transfer market: Bayern Munich could receive a jackpot of more than 150 M €

Betis: one more year for Joaquin