Manchester City defender Ruben Dias is set to miss Sunday’s Manchester derby and is likely to be out of action for at least four weeks, City manager Pep Guardiola has confirmed.

The Manchester City centre-back Dias sustained a hamstring problem during the FA Cup win over Peterborough United in midweek.

Guardiola has now confirmed he will be without the Portugal international, who has maintained his fine form from last season, for at least a month.

However, Guardiola refused to consider Dias’ absence as a serious blow to his side’s prospects in the derby, which could prove a pivotal game in the Premier League title race.

“Ruben will be unavailable,” he told his pre-match press conference on Friday afternoon. “Muscular. Hamstring. Four to six weeks. It happens. 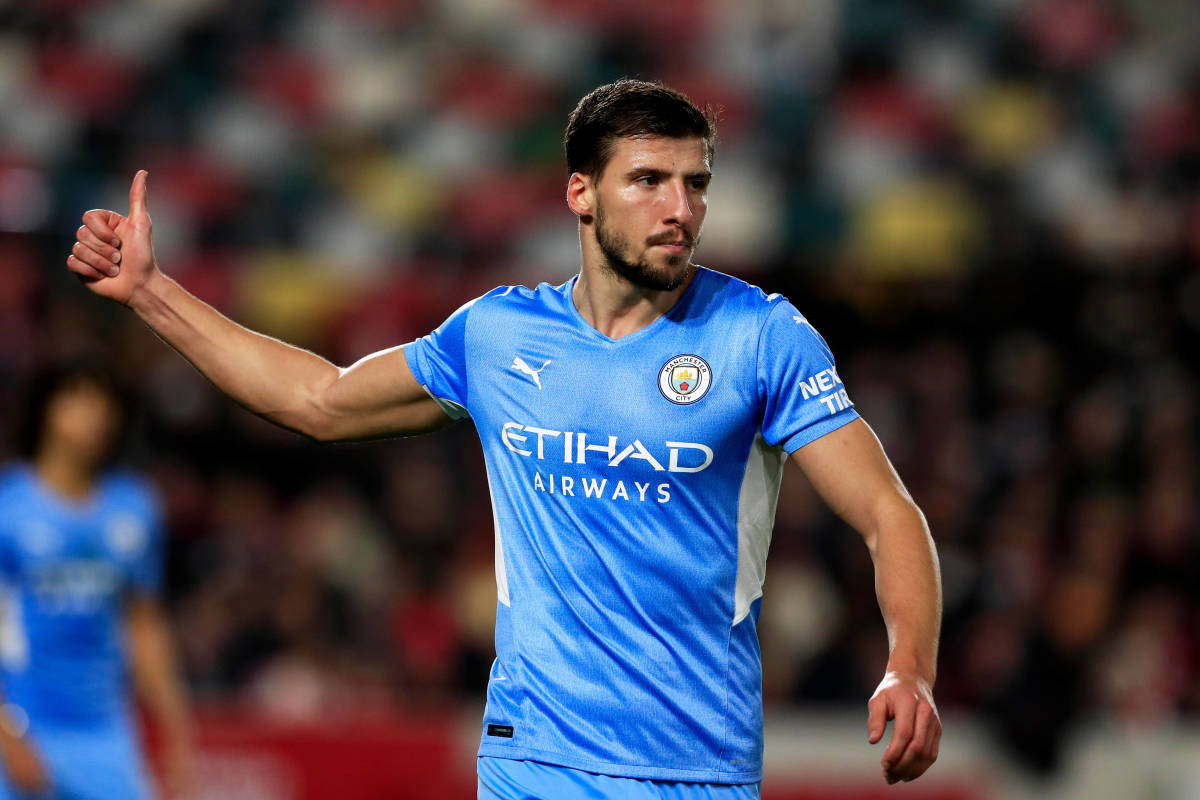 Ruben Dias has maintained good form for Manchester City since joining last season and is a big blow for the Manchester Derby. | PHOTO: Getty Images |

“In other seasons our best players have been out for months.

“I’d love him but he’s not there, I will not cry. It is what it is. We have decent players available. We have 14-15 players. With these players, we are going to fight and try to play well.

“[It’s] impossible to fight if you don’t play good. We play with our people and hopefully, our people support as they always do.”

Dias has started 24 of City’s 27 league games so far this season, having featured 32 times in the competition last term.

City, who will also be without Nathan Ake, are looking to complete a Premier League double over United for just the second time in Guardiola’s reign, after home and away wins in the 2018-19 season.

Yet they face a United side who have won their last three games at the Etihad Stadium, and who will be seeking to make it four wins in a row away at City for the first time since doing so between November 1993 and November 2000 at Maine Road, when the rivalry was emphatically dominated by the Red Devils.

United are also unbeaten in eight Premier League games, the current longest ongoing unbeaten run of all teams in the competition.

Two of City’s three Premier League defeats have come at home this season, most recently with a 3-2 shock reverse against Tottenham last time out on home turf.

Meet Former Waitress Behind One of Kenya's Leading Transportation Companies

Varese targets back to back wins at Nakuru Rally

I am ready to fill Obiri’s shoes, says Chebet after Commonwealth Games gold