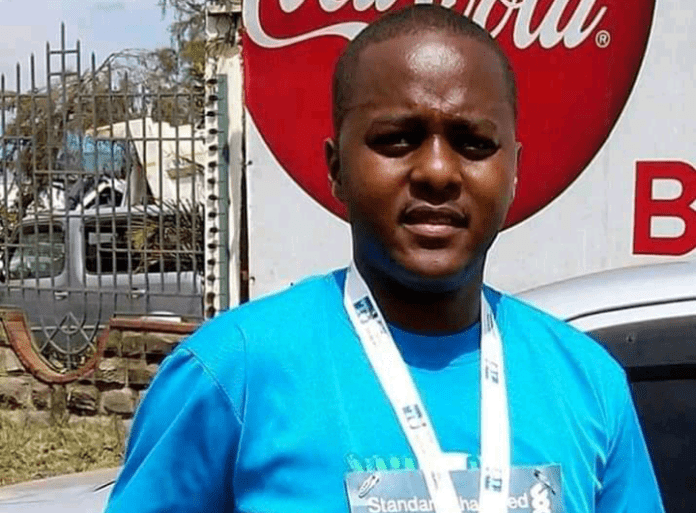 On 18th March, 2022, families and friends gathered in Limuru for the sendoff ceremony of Kimiti Wanjaria, a real estate developer who is reported to have died by suicide on 8th March, 2022.

Emotions ran high and perhaps to send a message of hope to the bereaved, the preacher read a sermon from 1 Thessalonians 4: 13: “But we do not want you to be uninformed, brothers, about those who are asleep, that you may not grieve as others do who have no hope.”

What remained a mystery however is how Wanjaria lost hope in life, yet he always put on a figure of an optimistic personality. In fact, in 2013, Wanjaria had been recognized by Forbes as one of the top 30 under 30 entrepreneurs in Africa.

Wanjaria studied at Alliance High School and scored a B+ in the national examinations. Before turning 20, he was employed as a managing director at Jossy Schools, a firm owned by his parents.

He then joined Jomo Kenyatta University of Agriculture and Technology (JKUAT) to study ICT. As a student, he was keen at grabbing opportunities and he volunteered at an insurance company and a law firm.

Alongside 3 other friends, Wanjaria set up a real estate company named Serene Valley Properties. One of the partners, Ian Kahara had acquired a 4 acre piece of land from his grandmother and they had an idea of setting up 30 houses. The project, named Sigona Valley Estate would be rolled out in Kerwa, Kiambu County, a locality that is only 20km from Nairobi CBD and offers scenic views of Ngong Hills and Mount Longonot.

But getting the capital estimated to be over Ksh 200 million was the main challenge. The partners sought to be funded by local banks but their proposals were turned down. Their obvious lack of experience in this sector was a red flag for the 12 banks they visited.

“They said we lacked experience handling large amounts of cash. Others would profile us, saying we would squander the money ‘as young people do,” intimated Ian Kahara to Standard Media.

Finally, they secured the multi-million fund from a firm identified as Shelter Afrique. The breakthrough was impossible to be ignored as the media featured their daring ambition to venture into a sector dominated by deep-pocketed individuals.

Their obstinate determination saw them plan to build the 30 houses for a period of only 10 months. However, it was unknown to them how a series of hurdles awaited them.

To begin with, the ground on which the houses were to be built was steep and ate more funds than anticipated. To add salt to injury, their contractor passed on yet he was the only one with the structure forms.

The project seemed to hit headwinds, even as Shelter Afrique started demanding their money after maturity of the loan. Additionally, investors who had paid millions were demanding to see their houses.

Despite the challenges, the project finally got completed in 2019 after a grinding 6 years.

However, a year later, Wanjaria went back home, telling his parents that things were weighing down on him. According to Nation, the entrepreneur sank into depression and opened up on ‘hitting rock bottom.’ What remains a mystery however is what had happened to Wanjaria yet his grand project had been realized.

A week before he died, it appears the 39 year old had made his mind to take his life. He asked his parents to take him to church, a service which culminated in him being prayed for as he wished. Before his sunset day, Wanjaria gave his life back to Christ.

16-year-old pilot reaches Kenya in round the world quest