They were signed by Sir Alex Ferguson after impressing in the Brazilian Serie A. Both of them were playing for Fluminense before moving to Manchester United.

The twins were born in Petropolis, a small town near Rio de Janeiro in Brazil. Rafael and Fabio began playing football when they were just 5 years old. They began playing for amateur side Boa Esperanca before they were signed by Fluminense at the age of 11.

The twins’ elder brother, Luis Henrique Pereira is also a footballer. He played for America-MG in Brazil before moving to Italy where he joined Brescia in the Serie A. When Rafael and Fabio signed for Manchester United, their elder brother came along with them.

He married his childhood girlfriend Barbara, a few days before moving to England with her. Since Rafael and Fabio are identical twins, it was difficult to differentiate them. During an interview with the Sun, Sir Alex Ferguson revealed that he used to tell the difference by looking at the ring on Fabio’s finger since Fabio had already married. 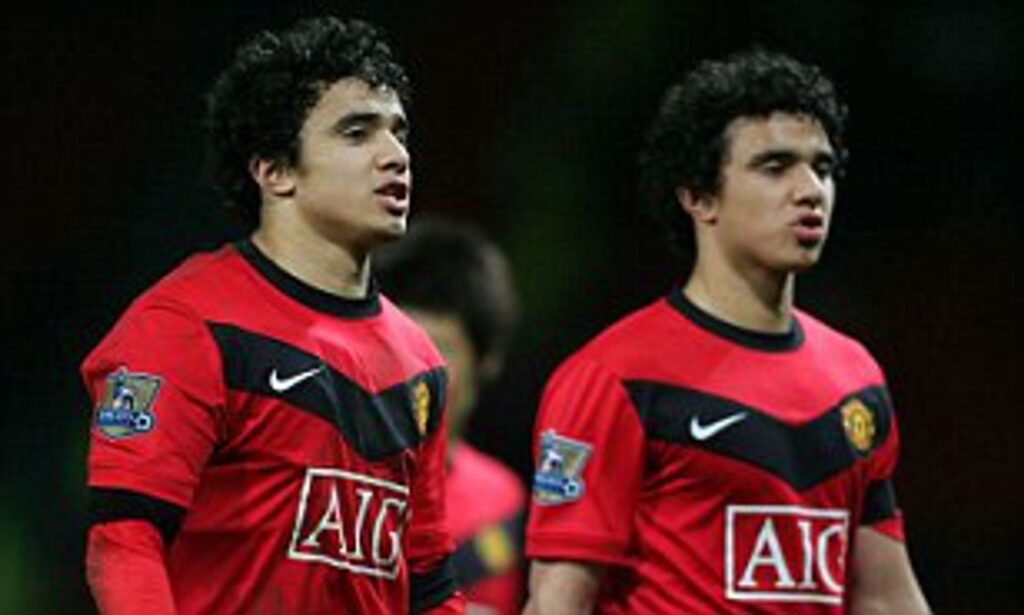 Rafael and Fabio during their time at Manchester United. Photo/ Daily Mail

On the pitch, Rafael normally plays as a right back. However, he can also play as a right midfielder. Fabio da Silva on the other hand mainly plays as a left-back. They both have pace and good tackling ability.

The Brazilian twins helped Manchester United win several titles. Some of the trophies Rafael and Fabio won during their time at Old Trafford are the FIFA Club World Cup and the English Premier League title. 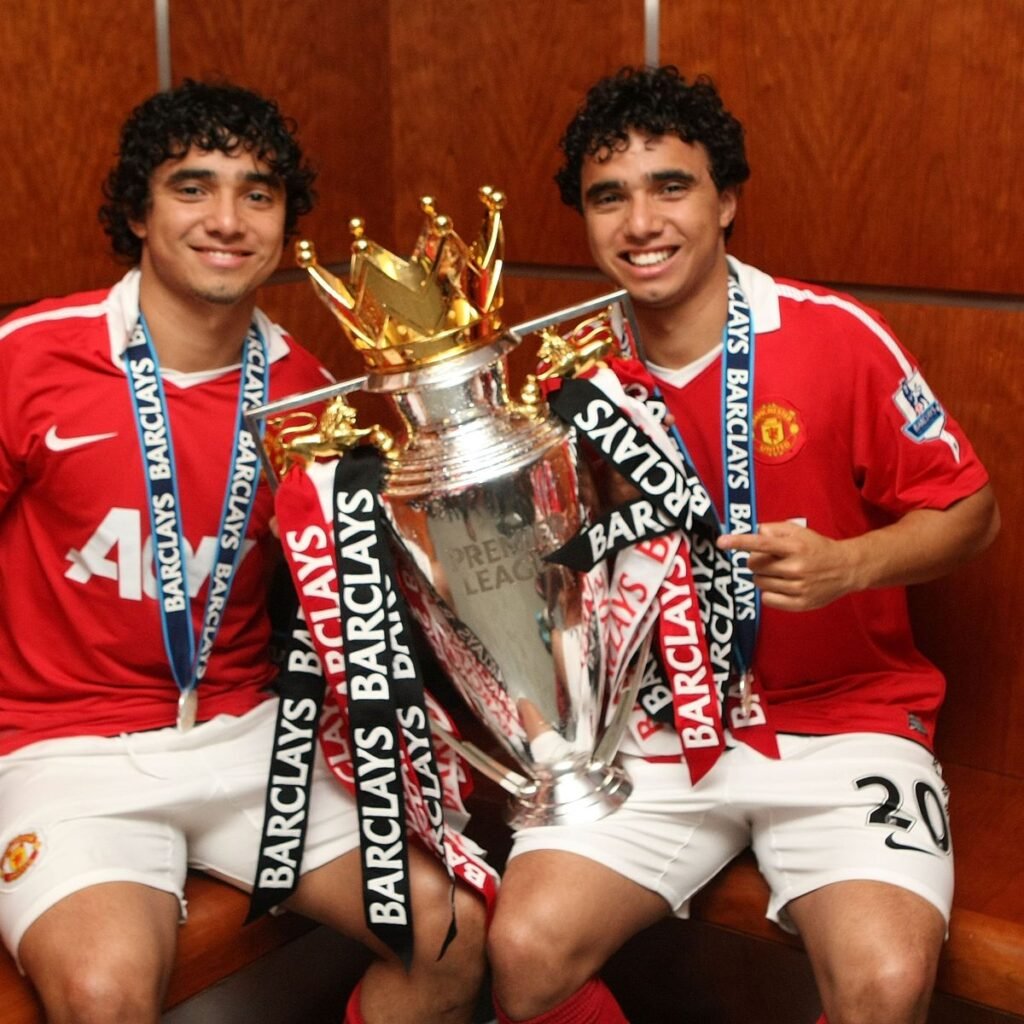 Fabio da Silva however didn’t enjoy much playing time at Manchester United like his brother Rafael. Patrice Evra was Sir Alex Ferguson’s first choice as a left-back during matches hence Fabio da Silva rarely had to playtime. He was often on the bench during games. Fabio was loaned to Queens Park Rangers in 2012 where he got playing time.

Fabio returned to Manchester United after his loan spell with Queens Park Rangers. However, the Red Devils had no intentions of keeping him. The Brazilian was released permanently to Cardiff City during the summer of 2014.

Fabio da Silva spent two seasons at Cardiff City where he made 65 appearances. He left Cardiff in 2016 and joined Middlesbrough. He also had two successful seasons with the Reds making more than 45 appearances.

Fabio da Silva’s time in the English Premier League came to an end in 2018. The Brazilian international moved to Ligue One in France where he joined Nantes F.C.

Fabio da Silva is still in the French Ligue One where he is playing against big names like Lionel Messi, Neymar Jr and Kylian Mbappe.

Rafael da Silva on the other hand had much playing time at Manchester United. Rafael has been praised several times by football fans for his energetic style of play. Sir Alex Ferguson described Rafael as an excellent footballer.

Rafael da Silva left Manchester United in 2015 during manager Louis van Gaal’s reign. Rafael also moved to Ligue One just like his brother where he joined Lyon. He spent five seasons in France making over 100 appearances for Lyon.

The agile full-back moved to Turkish League in 2020. He joined Istanbul Basaksehir where he spent one season. Rafael however returned to his home country during the summer of 2021. Rafael is currently playing for Botafogo in the Brazilian Serie A.